The spam filter installed on this site is currently unavailable. Per site policy, we are unable to accept new submissions until that problem is resolved. Please try resubmitting the form in a couple of minutes.
Workshop
Thursday, March 14, 2013 - 10:45 to Friday, March 15, 2013 - 15:45 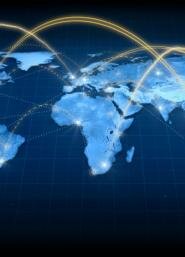 Concordia University
Organizer(s):
Salazkina, Masha
Research axes:
Film and moving image studies culture(s)
History of Film and Moving Image Studies.
The Workshop on Transnational Approaches to Film and Media Studies was a two-day event, which took place on March 14-15 at Concordia. It brought together scholars working on aspects of transnational film history and theory who presented their work-in-progress.
The goal of the event was to allow participants an opportunity to discuss their research methods and the challenges involved in transnational scholarship.
The participants of the workshop were Charles Acland (Communication Studies, Concordia) presenting a UNESCO report on the state of film industry world-wide; Lee Grievson (Film Studies, University College of London) presenting on the political economy of colonial state; Haidee Wasson (Film Studies, Concordia) on the use of military projectors internationally; Yuriko Furuhata (East Asian Studies, McGill) on Expo-’70 in Osaka; Kay Dickinson (Film Studies, Concordia) on Arab cinema travels; and Masha Salazkina (Film Studies, Concordia) on the international circuit of translation of Marxist film theory. The event was attended by faculty members and graduate students across the university. Given the interest it generated, we are hoping to make this workshop an annual event.