The spam filter installed on this site is currently unavailable. Per site policy, we are unable to accept new submissions until that problem is resolved. Please try resubmitting the form in a couple of minutes.
Workshop
Saturday, April 5, 2014 - 10:30 to 13:30 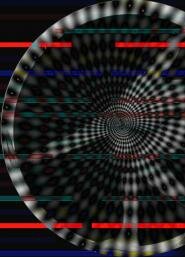 Cinema’s Body : Hypnoses, Emotions, Animalities
Concordia University, EV 6,720
Research axes:
Epistemology of film and moving images studies
Film and moving image studies culture(s)
History of Film and Moving Image Studies.
This book seeks to reach a better understanding of what a cinema spectator is, the body of a spectator caught in cinema’s body.
The book first takes up a comparison, which is widely used but never elucidated, between cinema and hypnosis – that enigmatic state between waking, dreaming and sleeping. This view of cinema as hypnosis, belonging to the history of systems of vision of which hypnosis has been a part since the late eighteenth century, takes three directions: a comparison of systems a meta-psychological interpretation; and the contemporary re-evaluation of hypnosis stimulated by neuro-biological research.
The basic starting point of this book is that there is equivalence between the state of cinema, understood as a mild form of hypnosis, and the body of emotions experienced while watching a film screening. Rather than conventional emotions of a psychological nature, however, these are primary emotions which Daniel Stern has called vitality affects: sentient reactions in small children induced by the corporeal and psychic structure of their experience, the premonitory signs of style in art. The cinema appears to be the site par excellence of these emotions with no name, constantly starting over and varying in nature. From this situation, cinema can pretend to be reality transformed into art.
Finally, this body of hypnosis and emotion is also the body of an animal. Man has an animal quality related to movement, to the most elementary aspect of the affected body. Cinema, since its conception and constantly throughout its history, has given itself over to depicting animals. Here it will be discussed in the example of American cinema, in which the animal, part pastoral and part wild, occupies a primary anthropological function. In modern European cinema, there emerges from this a more ontological vision.
This book is largely conceived from the analysis of films. It seeks to reassess films in their most intimate details, where it is constructed out of micro-emotions and larger emotions. The choice of films was also as broad as possible, both historically and geographically: from Lumière films to modern and contemporary works by way of classical cinema and experimental or avant-garde cinema. It is hoped in this way to have touched the heart of cinema.
Certain authors inspired this approach in particular: in the case of hypnosis, Lawrence Kubie, Sigmund Freud, Léon Chertok and François Roustang; for infant development and neuro-biology, Daniel Stern and Antonio Damasio; and for film criticism and ideas about film, Gilles Deleuze and Serge Daney.
Related talk:
Lecture Series 2013-2014