The spam filter installed on this site is currently unavailable. Per site policy, we are unable to accept new submissions until that problem is resolved. Please try resubmitting the form in a couple of minutes.
Talk
Friday, February 13, 2015 - 16:00 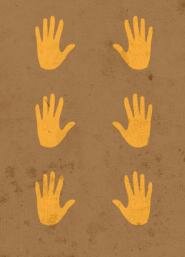 "Violence and the Diagram (or, The Human Centipede)"
Concordia University, EV 1,605
Research axes:
Epistemology of film and moving images studies

This talk contemplates the figure of enchainment in one of the more graphic films of contemporary horror and exploitation cinema, Tom Six’s The Human Centipede (2009), which literalizes intolerable fastening, an anxiety of overclose touching, in the conceit of its title—a cruel violence in which three bodies are sewn to each other, mouth to anus. Moving from a different account of captivation, Levinas’ insistence in De L’évasion of an ethic of bonded responsibility for the finite other to whom one is both host and hostage, this paper turns to the ways in which The Human Centipede articulates its mode of violence through the mechanism of a diagram, one that does not represent embodied experiences of violence, nor that provokes them experientially, but rather a violence whose reductive formalism is coextensive with its brutality.

Eugenie Brinkema is Associate Professor of Contemporary Literature and Media at the Massachusetts Institute of Technology. She received her Ph.D. in 2010 from Brown's Department of Modern Culture and Media. Her articles on film, violence, affect, sexuality, aesthetics, and ethics have appeared in the journals differences, Camera Obscura, Criticism, The Journal of Speculative Philosophy, and Angelaki: A Journal of the Theoretical Humanities. Forthcoming work includes an article on the figure of sincerity in the films of Larry Clark. Her first book, The Forms of the Affects, was published with Duke University Press in 2014.