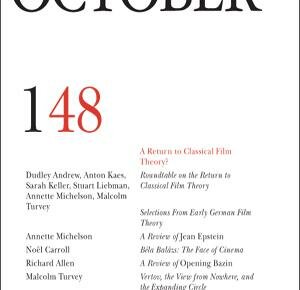 Christian Metz is remembered today as having almost single-handedly transformed the culture of film studies. This widely held view was summarized by one commentator, who wrote that “with Metz a new research paradigm is born, as well as a new generation of scholars. The ontological theories are followed by methodological theories.” According to another, “Metz exemplified a new kind of film theorist, one who came to the field already ‘armed’ with the analytic instruments of a specific discipline, who was unapologetically academic and unconnected to the world of film criticism.” Of course, Metz didn't just surge like a meteor on the scene of film studies. His arrival was “prepared” by the filmologie movement spear-headed in Paris by Gilbert Cohen-Séat and by two early film semiology essays published by Roland Barthes in La Revue internationale de filmologie. Yet it is Metz who is rightly remembered as the figurehead of film semiology.